A Guide to Identification by Edward Zempel and Linda Verkler

As every publisher seems to use different means to recognize their first editions, a reference book that comments and collects on these practices is critical.

ABAA member John Schulman of Caliban Books singles out Edward Zempel and Linda Verkler’s First Editions: A Guide to Identification, stating that “Professional booksellers keep this on one book on hand for reference. There are just simply too many publishers and too many various notations to keep straight otherwise.”

The Identification of First Editions (Pocket Guide) by Bill McBride

The greatest virtue of this book is its little size. You truly can just carry it around in your pocket and take it out to confirm if the book you’ve come across is a modern first edition or not. Excellent for exploring used bookstores at a yard sale, on vacation, and other unexpected changes to get old books.

Do you want more than one identification guide to modern first editions? Probably not, but I’ve never met a book collector yet who believed one book was enough.

Nicholas Basbanes: Bibliophiles, Bibliomanes, and the Eternal Passion for Books (A Gentle Madness)

A priceless classic by a charming raconteur and an amazing work of history for those of us who adore old books, book-selling, and the quirky characters who make up the antiquarian book world, A Gentle Madness captures that last minute in time when collectors go after their passions at high stakes auctions, dusty bookshops, and street stalls, and the subterfuge creditable of a real bibliomaniac,” according to its publisher.

If you’re a current convert to true book collecting, you have to read Basbanes to know exactly what you’ve gotten yourself into. You might also want to read Basbanes’ Among the Gently Mad.

Books Every Book Collector Should Read (Part I)

Like any field of endeavor, the rare book sector has its rituals and quirks, habits and history, secrets and jargon. Unlike some other trades, book dealers have never been scared to commit their insights, secrets, and memories to paper. There are numerous fascinating and educational books detailing the inner workings of the rare book industry. Dealers and collectors have created this list of the top books every book collector should read.

The classic reference work on book terminology. First published in 1952, the current edition has been updated to include newer terms and jargon spawned by the internet. With humor and wit, John Carter and Nicholas Barker uncover the true meaning from phrases that, although once more-common, now appear obscure outside of rare book circles.

In a field where it’s crucial that buyers and sellers know what they’re talking about, ABC for Book Collectors is a great guide to our common language.

After one learns the wording used in the used book sector, the next thing one needs is a guide to spotting which copy is of value and which just interesting. While friendship with an experienced rare book dealer is the best way to get this information, there are many good books that serious collectors and ABAA members keep on hand for quick reference.

Collected Books: The Guide to Values by Allen and Patricia Ahearn

Written by ABAA members Allen and Patricia Ahearn of Quill and Brush, Collected Books: The Guide to Values has information on some of the most well-known collected books, offers notes on discerning one edition from another, and guidelines on usual prices for collectible copies.

You’ve probably read articles about all those expensive and incredibly rare, collectible books, like the very covetable first edition of J.K. Rowling’s The Tales of Beedle the Bard, of which only seven gem-covered, leather-bound editions were made. So you probably don’t have a rare Harry Potter book sitting in your attic, but you might be astonished to know some books sitting on your shelves can be resold for somewhere around $300 to $10,000.

J.K. Rowling’s first Harry Potter book was printed in the U.S. in 1998 and by 2000 she has become an international literary icon. As Rowling’s fame skyrocketed, her book tours became much shorter and spots in her signing lines became much harder to get into. So, it makes sense that any signed copy of Rowling’s books would be quite valuable. While a signed first edition is best, one of the fifth book in the series, Order of the Phoenix sold for $7,657 in ‘07 — autographed copies of many Harry Potter books are being sold on the site currently for anywhere from $850 to $2000.

While The Kite Runner is now deemed one of the most highly acclaimed and beloved books of all time when it was first published in ‘03, it only had a little first printing. Because there are not a lot of first edition copies, they can be resold for a nice amount of money. The most expensive first edition was sold on AbeBooks for around $3,000 and signed first editions are now being sold on the site for $1,350.

Dan Brown’s The DaVinci Code became a global phenomenon after it was released in ‘03. According to AbeBooks, a signed first edition was sold in May of 2006, the year the movie came out, for more than $4,000, the biggest amount ever paid for a copy of this bestselling thriller.

Geeky Collectibles That Could Make You Millions

Although there are many ways you can go to earn $1 million, here’s some that might surprise you: cashing in on your geeky collectibles. It sounds a little far-fetched, but some collectibles have made their owners huge dollars at auctions.

Of course, how much your geeky collectibles are worth can be biased and might depend on plenty of factors including rarity, age, demand, and condition. You’ll likely need many valuable and rare collectibles to get $1 million, but it could be worth giving it a try if you’ve got a collection.

Look at these geeky collectibles you might already own. If you’re lucky, you could have a jackpot collectible more valuable than gold. 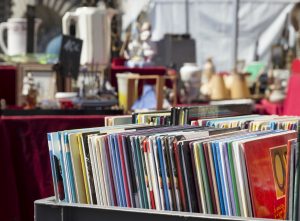 Comic books are a very popular collector’s item. The rarer and vintage your comic book is, the more it’s worth.

Just because your comic book collection might have some rare and vintage copies, though, doesn’t ensure it’s worth $1 million. You must take into account other factors when you’re buying, selling or trading comic books. For instance, you should know your comic book’s marketability Comics with classic covers or first appearances are usually more valuable.

The Most Expensive Comic Books

A 1938 copy of Action Comics #1 sold in ‘14 for $3.21 million on eBay. Action Comics #1 had the first appearance of Superman and cost 10 cents when it debuted. Besides being vintage, the comic book is rare since there are only 100 copies.

Coin collectors really have a valuable hobby. Based on their rarity and condition, coins can be one of the best things to collect for investment.

The Most Expensive Coins

Inverted Dendermonde -The Inverted Dendermonde, which shows the town hall upside down, is Belgium’s best contribution to the printing errors. Although this error leaked through two sheets of the stamp’s first run and one pane of the second, just 17 are known to still exist. It is rumored that two of these stamps were lost when a well-known stamp collector was murdered in ‘42. If you wanted to get your hands on one, you will be set back an estimated €75,000.

Inverted Jenny – Another printing error is what placed the big price tag on the Inverted Jenny.  Worth around €750,000, this stamp has an upside-down image of the Curtiss JN-4 airplane and was distributed in the US in ‘18. Only 100 copies got to make it through printing, which is why the Inverted Jenny is priced so highly.

The First Two Mauritius – Issued in 1847 in Mauritius during the British Colony, these stamps were modelled on the British stamps with an appearance of Queen Victoria. With just 26 copies known to still exist, it is no wonder that this stamp hold a value of over €1 million.

The Treskilling Yellow – The Treskilling Yellow is thought to be one of the most expensive postage stamps on earth due to the fact it should be printed in a blue-green color with the three-skilling print, but it was printed in yellow. This Swedish misprinted stamp issued in 1855 is deemed to be the only surviving copy to exist, which is why it is worth over €2.1 million.

World’s Most Expensive Stamps (Part I)

The Penny Black – Issued in the United Kingdom in ‘40, the Penny Black was the first stamp in the world, which is why this stamp is so valuable. Although not the most valuable or rarest collector’s item, they set the path for the future of British postage stamps. The Penny Black has a picture of Queen Victoria II and does not show the country of origin, as is custom today. Even though there are plenty of Penny Blacks for sale, an unused one can get a lucky owner around €3,000, making it a very popular with collectors.

Inverted Swan – The Inverted Swan is one of the most unique and famous stamps in the world, not because of its gracefulness, but rather because it was one of the first invert errors in the world. The Inverted Swan was given in Perth, Australia in 1855 when a complex process of producing these stamps through lithography was followed. However, contrary to belief, it is really the frame that is inverted rather than the swan. This famous stamp was last sold in ‘83 for €35,500. 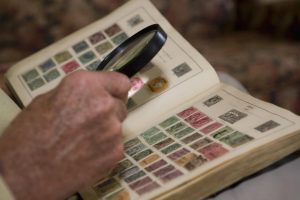 What can you call a hobby which teaches so much and offers pleasure and fun. Stamp collecting helps educate the collector in biography, geography, art, history, and culture. Stamps are little gateways to the world.

Stamp collecting has practically no rules. You don’t have to purchase pricey rackets and sneakers to enjoy it. Though, there are some things to remember when collecting stamps.

WHICH STAMPS TO COLLECT?

One of the critical rules to remember is that the condition of a stamp is a vital consideration. Seriously mis-handled stamps and torn stamps are not only not pleasant to the eyes, but they aren’t worth much when compared to undamaged ones. Try to get the finest possible specimens. Stamps are rated in condition from poor to spectacular.

A stamp which can be called superb is one of the best quality, meaning it has brilliant colors, perfect gum, and perfect centering.

A used stamp can also be called spectacular, if it is good-looking, undamaged, and perfectly centered. Stamps are good when they are fairly attractive and off-center. There may be little blemishes like thin areas, huge hinge marks, and disturbed gum. Stamps which aren’t up to par should be discounted and aren’t worth buying by a serious collector. However, folks sometimes collect them as starters.

Since a stamp’s condition is crucial and stamps are only made of paper, when handling them it is vital to use caution. The best way to carefully handle stamps is with tongs.

Because stamps are tiny, it is hard to see all their smallest details with the naked eye. Magnifying glasses will aid you in seeing the design better and find small details which can help tell one stamp from another. You’ll soon find out that there are times when stamps look to be the same, but aren’t.