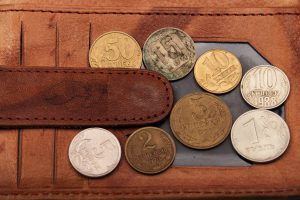 One well-known aspect of coin collecting is that of collecting foreign coins. While some might get great joy in collecting coinage by the year or the coinage of a specific nation, other collectors look for the value of foreign coins. There is a remarkable thing about collecting a coin from a world away. A grand accomplishment for a collector might be a collection of coins from every nation on globe.

How does one get started in collecting rare foreign coins?
While you can keep your eye on domestic and local auctions, you may have to get some coins from overseas retailers. Other choices for trading foreign coins and values exchange include going to the country of origin and exchanging US money for foreign coins directly and looking for domestic coin dealers that have foreign coins.

It is ideal to trade with a domestic retailer instead of an overseas store due to shipping issues. Foreign currency dealers typically work with bulk shipments and won’t even trade American currency for low-value coins. If you want to do business with an overseas retailer then you should plan on budgeting a huge investment.

What are some of the most popular foreign currency and coins that are still within the grasp of beginning collectors?
Some of these coins are pesos, English pennies, early African coins and early Indian coins. Britain and other big European countries tend to be the most common and less expensive. You must realize that many countries in the world don’t intentionally collect coinage of their own nation. While not only an US phenomenon, it’s safe to assume that there are only a few countries that encourage, or at least have the resources, for multi-national coin collecting.

Talk to a coin dealer in your area to find out about identifying foreign coins for their origin and possible worth.