Rare Coins to Look Out For (Part II)

Americans haven’t been in the market on rare coins. In ‘09, the Royal Mint released just 200,000 50P coins praising the 250th anniversary of the Royal Botanical Gardens. Covered with the Kew Gardens Pagoda, the coin is a good return on that 50p investment. It can go for about £150..

This 2005 error wasn’t supposed to be a statement on religion or government It was just the result of grease clogging the coin die, filling the T in the word trust. Grease build-up errors aren’t that unusual, and they’re not always worth a lot. In this case, however, the mistake is in an interesting place, which makes the coins worth more to some folks. 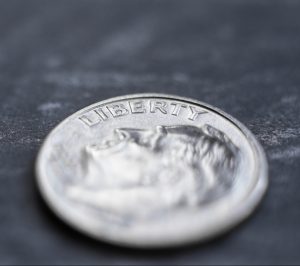 In ‘08, the Royal Mint misprinted somewhere between 40,000 and 200,000 20p pieces by unintentionally omitting the date. Since there are lots of them in circulation, you won’t get rich off of finding one of these. But making £100 off 20p is a pretty good deal.

In the U.S., all coins are made with a letter indicating the Mint at which they were made. “S” indicates San Francisco, “P” is Philadelphia, and “D” means Denver. Though in ’82, the Philadelphia Mint disregarded putting their identifying mark on a Roosevelt dime, the first error of that type that was ever made on a U.S. coin.

It’s unknown how many were really distributed, but up to 15,000 of them were found in the Ohio area after they were given as change at the Cedar Point amusement parks. Though many of them were released, a Roosevelt dime lacking a mint mark can go for up to $300. You can’t retire, but who wouldn’t like an extra $300?